Since this year's Meg-a-Readers is mainly about The Princess Diaries and how Meg Cabot and the series have changed my life, it only seemed appropriate to revisit my reviews for the first ten books.

For some reason there aren't any original thoughts for most of these either.

Since this year's Meg-a-Readers is mainly about The Princess Diaries and how Meg Cabot and the series have changed my life, it only seemed appropriate to revisit my reviews for the first ten books.

Plus I still can't bring myself to write a review for Royal Wedding.

Unfortunately I didn't write down what I originally thought about The Princess Diaries, although with everything I 've shared about the series I can't imagine a review from me at age 13 would make much of a difference. But I do have my original thoughts on Princess in the Spotlight and Princess in Love, as well as my opinions on them 10 years later.

So I owe you guys a giveaway from last week.
Both because that's how I had planned to do my giveaways this year and because last weekend was 10 years since I started reading When Lightning Strikes.
I mentioned it on Twitter but unfortunately missed the "N" in Lightning and a lighting company ended up favorite-ing it.
Looking at the fact that I almost missed the N again I've got to wonder how long I've been misspelling that!

Email ThisBlogThis!Share to TwitterShare to FacebookShare to Pinterest
Labels: meg-a-readers

Spelled By Betsy Schow
Sourcebooks Fire
June 2, 2015
Talk about unhappily ever after. Dorthea is completely princed out. Sure being the crown princess of Emerald has its perks—like Glenda Original ball gowns and Hans Christian Louboutin heels. But a forced marriage to the not-so-charming prince Kato is so not what Dorthea had in mind for her enchanted future.


Trying to fix her prince problem by wishing on a (cursed) star royally backfires, leaving Dorthea with hair made up of emerald flames and the kingdom in chaos. Her parents and everyone she loves are stuck in some place called “Kansas.” Now it’s up to Dorthea and her pixed-off prince to find the mysterious Wizard of Oz and undo the curse…before it releases the wickedest witch of all and spells The End for the world of Story.

The Write On review-a-thon is a monthly event created and hosted by Brianna at The Book Vixen. This time, it’s THREE days dedicated to getting reviews done, whether you have one review to write or 30+. This edition of the review-a-thon takes place all day Friday, May 22nd through Sunday, May 24th. Let’s get those reviews done!
I can not remember the last time I joined a Review-a-thon. It's just been one of the many things I've been constantly putting off.
Although, thankfully I've managed to finally managed to catch up on all the reviews I fell behind on six months ago.
That being said; there are still a few books from October that need a review:
Read more »
Posted by Diana 6 comments:

Meg & I: How Meg Cabot Got Me Through

Because I've had the song The Wizard and I from Wicked stuck in my head lately. Considering that I've been singing songs from the musical since I saw it three months ago it's not much of a surprise.
Musicals and Meg Cabot two of my favorite things. (My favorite things soon to be a feature here on the blog.)

I already shared the story of how I first discovered Meg Cabot so for today I just want to share the journey her books have taken me on.

Email ThisBlogThis!Share to TwitterShare to FacebookShare to Pinterest
Labels: about me, meg-a-readers, thoughtfull thoughts

I've gotta pull the Meg-A-Readers card on this top ten. Both because I'm writing really long posts dedicated to Meg Cabot so they're taking longer to go up and because I couldn't think of anything else to do.
Lesson here: don't give me a free topic during Meg-a-Readers.
Although, knowing me, I'd still manage to twist it around.

You have to give me points for picking quotes instead of just listing off books, especially since my internet was down.

From the Notebooks of a Middle School Princess - Review

From the Notebooks of a Middle School Princess by Meg Cabot
My rating: 4 of 5 stars
May 19th 2015 by Feiwel & Friends

Olivia Grace Clarisse Harrison has always known she was different. Brought up by her aunt's family in New Jersey, book-and-music-loving Olivia feels out of place in their life of high fashion and fancy cars. But she never could have imagined how out of place she really was until Mia Thermopolis, Princess of Genovia, pops into her school and announces that Olivia is her long-lost sister. Olivia is a princess. A dream come true, right? But princesses have problems too.

In FROM THE NOTEBOOKS OF A MIDDLE SCHOOL PRINCESS a new middle grade series, readers will see Genovia, this time through the illustrated diaries of a spunky new heroine, 12 year old Olivia Grace, who happens to be the long lost half-sister of Princess Mia Thermopolis.

After that I was hooked!

Email ThisBlogThis!Share to TwitterShare to FacebookShare to Pinterest
Labels: about me, meg-a-readers

I had to break this post up into two since, being me, I went on a little more than I thought I would so second part will post tomorrow

I shared how I found Meg's books during our first Meg-A-Readers three years ago, but seeing as how that first book was The Princess Diaries and this year we're all about the princesses I figured it would be a good time to revisit that day.

Email ThisBlogThis!Share to TwitterShare to FacebookShare to Pinterest
Labels: about me, meg-a-readers

This is a feature I've started where I pick a song that represents the week, day or month; that fits with a moment I recently had. Or that's been on repeat.
Since very little happens to me on a weekly basis I only post every two weeks.

This is both a normal post and a Meg-a Reader's post, because I'll be doing that a lot this next month.
First song is in honor of Fred Astaire's birthday earlier this week, a few people I follow posted some videos which led me to spend about an hour watching all that followed.
Literally could watch him dance all day.

King Arthur's Sister in Washington's Court by Kim Iverson Headlee Morgan le Fay, 6th-century Queen of Gore and the only major character not killed off by Mark Twain in A Connecticut Yankee in King Arthur’s Court, vows revenge upon the Yankee Hank Morgan. She casts a spell to take her to 1879 Connecticut so she may waylay Sir Boss before he can travel back in time to destroy her world. But the spell misses by 300 miles and 200 years, landing her in the Washington, D.C., of 2079, replete with flying limousines, hovering office buildings, virtual-reality television, and sundry other technological marvels.   Whatever is a time-displaced queen of magic and minions to do? Why, rebuild her kingdom, of course—two kingdoms, in fact: as Campaign Boss for the reelection of American President Malory Beckham Hinton, and as owner of the London Knights world-champion baseball franchise.   Written as though by the old master himself, King Arthur’s Sister in Washington’s Court by Mark Twain as channeled by Kim Iverson Headlee offers laughs, love, and a candid look at American society, popular culture, politics, baseball...and the human heart.

We interrupt our regularly scheduled (ha! that's a joke, nothing here is ever regular and rarely scheduled) post for a special feature here on the blog: the 4th annual Meg-a Readers!

Email ThisBlogThis!Share to TwitterShare to FacebookShare to Pinterest
Labels: meg-a-readers

Quotable Quotes - "I Am" 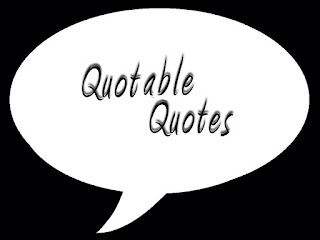 Today's (or really tonight's) quote actually came to mind a few weeks ago, I even added it to my top 10 inspirational quotes.  And I probably had intended to  just add this image to the post and call it a day. But then I decided it deserved a separate post.
And then for some reason decided to wait. Which makes me realize how long I've been away from these posts.

I find this topic kind of funny because it reminded me of a topic from a few years ago, apparently my first top ten list, Books I Feel As Though Everyone Has Read But Me. That was in 2011 and since then I've read 4 books on that list and downloaded another.

I guess I'm saying "never" is a bit much. I could make a list, and I think I actually have, of books I have every intention of reading and not get to them.

So this is a list of books I don't seem myself reading.

I'm making this an April recap since it's been so long since my last post.
So long that I'm kind of just sitting here trying to figure out what I've been doing all this time.
I'm sure that a partial answer could be "just sitting here."

Oh well, what are you going to do?
Other than stop "just sitting there."