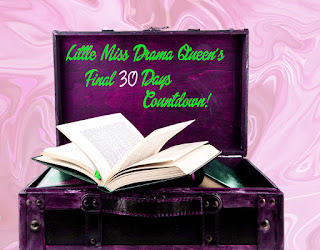 Something I've discovered about myself while sharing so many pictures of myself: I don't take that many pictures.
As always I was unprepared when I planned that one.
So here's me from 2015: 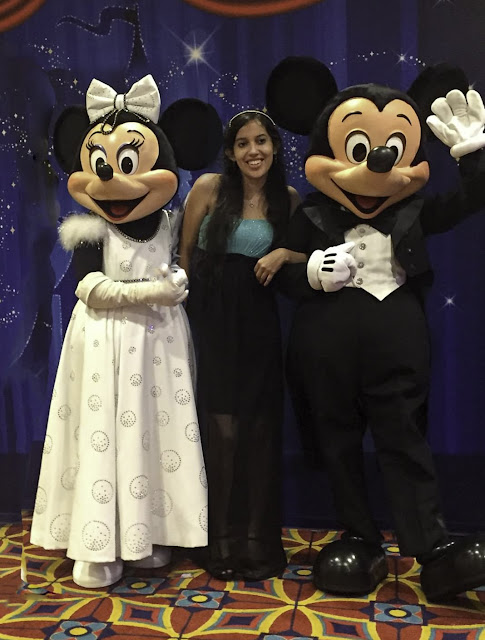 (I already shared some 2016/17 in my last post and my one and only 2018 in my 15 Facts post.
Yes, 3 months in and I've only taken one picture. Think about that daily selfie takers!
Pretty sure the only reason I have any 2017 pictures is because so many were taken when my cousins were in town visiting over the holidays. Well that and I'm saving a few for yet another upcoming post.

Besides how often does one get to share a picture where you're in a pretty dress with Mickey and Minnie?

I've lost count how many About Mes I've done. I've lost count how many changes I've had.
That could be said for this year alone.
I'm no longer who I was when I started this blog seven years ago, I'm no longer who I was when I decided to stop blogging a year ago. That one makes me sad because in the weeks following the decision I had so much I wanted to say that I really should have written it down.
At the time I still kept telling myself it didn't have to be a permeant decision. I've accepted it as the week has gotten closer, if anything I am now ready for this all to be over.


When I started this blog I was just giving up on my dream of being a film editor and was a few months away from taking up graphic design. Now I spend my days being rejected for jobs as a graphic designer or being disillusioned over the idea of freelancing because people think $10-15 is a budget. (That's for the entire project!)
In my first intro post I said that people were always telling me I should take up design (they meant clothes and jewelry) and I mentioned being a one trick pony and would never be able to go far in the career. I no longer believe that but I also suffer from imposter syndrome which really is no better about being confident in my work.
(Hence the unemployed status, well that and everyone wants college graduates with years of experience in everything. As I said in my Intro two years ago I'm a designer who does not want to go to art school.)

I am now focusing on photo editing, which is unfortunate since "photoshop-ing" models has such negative connotations. It's not bad if you do it right; which sadly few do.

I hate that there are so many things that haven't changed in the past seven years too. No point mentioning those though.

Since I started I attempted (and failed) to sell my jewelry. All the people who suggested I sell, did not buy.
I've taken up watching a lot of classic movies. Especially musicals.

And I'm done playing the "what's changed" game, because, of course, I am now only focusing on what hasn't changed.

I never did write out that About Me tab. I kept saying I would but then when I decided I wasn't going to keep going with the blog I didn't bother. That's me.
I think the best description for me is the one I have on Twitter: Reader of books. Watcher of classic movies. Writer of whatever is on my mind. Photographer of pretty pictures. And a lot of other things too.

I don't want to say that's basically all I am, but yeah kind of. Reader. Movie fan. Photographer. Speaker of what's on my mind.
Eye-roller of people who jump into my conversation with their unsolicited option because they're right and I'm wrong.
Hater of people who believe they're right and need to be heard. One who is unafraid to let those people know that they are not a gift from the gods. (Unless it's one of those trickster gods.)

Clearly I'm the type who let's dumb jerks ruin their day. And, of course, it's day because the encounter always happens in the morning. Unless it's night; then I'm losing sleep because of the [redacted].

Moving on. Where were these thoughts when I was working on my Dislike List?

I like the sound of violins and making someone smile. That was Nick Jonas. But it's true for me too, I'm sure I've made the violin part obvious, I've discover so many new great string artists over the years. But I also love it when someone smiles or knowing what might make them laugh.
Thoughts on Nick Jonas? I like him better than I did ten years ago.

I'm going to save myself some time.
It's a lot of Aquarius traits, a lot of bookworm habits and a few other quotes I can't help but agree with.
Posted by Diana

Email ThisBlogThis!Share to TwitterShare to FacebookShare to Pinterest
Labels: about me, farewell tour, snapshot